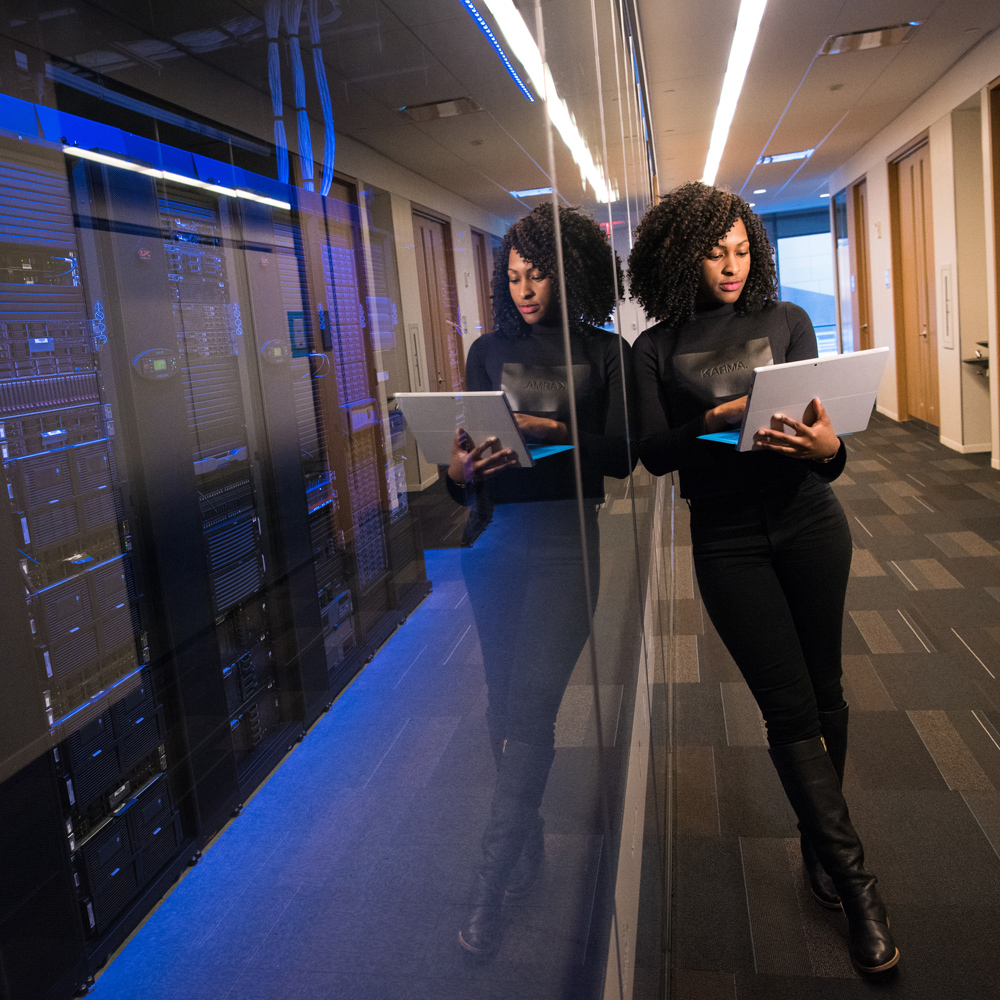 At the beginning of the computer era, people considered computations and programming as tedious and easy.

So, they typically gave the jobs to women. However, for quite a while, women were… er… somehow left out of many technology history books. Yet, for over the past 200 years, a number of female pioneers actually drove tech innovation. And thankfully, women in tech are now getting the recognition they deserve!

To celebrate International Women’s Day, we thought we would take a little look at some amazing women in tech and their place in history.

Ada was a mathematician and writer. Oh yes… and she happened to be the daughter of the famous poet, Lord Byron. She is also known by many as the First Computer Programmer.

She worked with another mathematician, by the name of Charles Babbage. Babbage designed a computing machine, the Analytical Engine. However, Ada realized that it’s potential was greater than just pure calculations. In turn, she published the first algorithm for the machine. Although, it was never completed, her insight and notes went on to inspire many generations, making her one of the may important women in tech.

Grace Hopper was a computer scientist and pioneer of programming. During her 40+ year career, she recommended and developed a new programming language that would use English words instead of numbers. After all, it would be easier for people to write in words! Her work led to COBOL, (COmmon Business-Oriented Language) which is a computer language for data processors. And, we still use this language today.

Oh yes… and she was the first to use the term computer “bug” after she discovered a moth in one of her machines!

I know what you are thinking. Wasn’t she a movie star? Or are we talking about a different person? Yes, Hedy Lamarr was a famous movie star of the 1940’s. She was also the mother of modern WiFi!

During the war, she invented a “secret communication system”, to minimize the jamming of radio signals. The Navy shelved the idea, but this frequency-hopping technology is used today as part of satellite and cellphone technology.

This was a team of 6 women in tech who ran the ENIAC computer, the world’s first fully electric programmable computer. Its job was to help win the war, but by the time it went fully into service the war was over. Nevertheless, it continued to calculate for the army and began with the calculations of a hydrogen bomb. It took just 30 seconds to calculate a trajectory, compared to the 20 hours it took a human!

The press at the time was far more interested in the machine itself, but the women behind it were Kay McNulty, Betty Jennings, Betty Snyder, Marlyn Wescoff, Fran Bilas and Ruth Lichterman. These women of tech programmed the computer from scratch, since non of the language or tools existed! I guess you could say that they literally wrote the book!

OK, you may have heard of this lady before, thanks to the movie “Hidden Figures”. Played by Taraji P Henson, she helped NASA complete their first space flight.  Katherine was responsible for calculating John Glenn’s flight path.

The team programmed a computer with the equations to control the trajectory, but it was prone to “hiccups”. So, Glenn requested that this mathematical genius run through the same equations on her desktop calculating machine too. She remembered him saying “If she says they’re good, then I’m ready to go.” They were good. He went. He landed safely. It was a turning point for NASA. (And yes, she did also help land men on the moon!)

Radia is known as the “mother of the internet”. (A title, though, that she herself doesn’t like since she believes many people had a hand in its birth!) In the 1980’s, she invented the algorithm behind the Spanning Tree Protocol (STP) and it is instrumental in making the internet a reality! Her work impacted the way networks organize and move data. Radia is still working as a programmer and engineer… and you can occasionally find her giving a talk somewhere around the world!

These women are just a few of the phenomenal women in tech who have helped to shape the digital world we enjoy today. There are many more… but we are just your local IT Support Providers writing a simple tech blog. We are just way too busy helping local businesses with their tech needs to write an entire history book on women in tech! (As much as we’d love to!)

There is still a gender gap in the tech industry, but it is getting smaller every day. With many fabulous women making waves in the Tech Pool, like Susan Wojcicki (YouTube CEO), Reshma Saujani (Founder and CEO of Girls Who Code),  Ellen K. Pao (Project Include Co-founder and CEO, and former Reddit CEO) and Dr. Fei-Fei Li (Co-director of Stanford’s Human-Centered AI Institute), the future for women in tech is bright!

Click here to read about How to Make Your Computer Workstation Healthier For You!