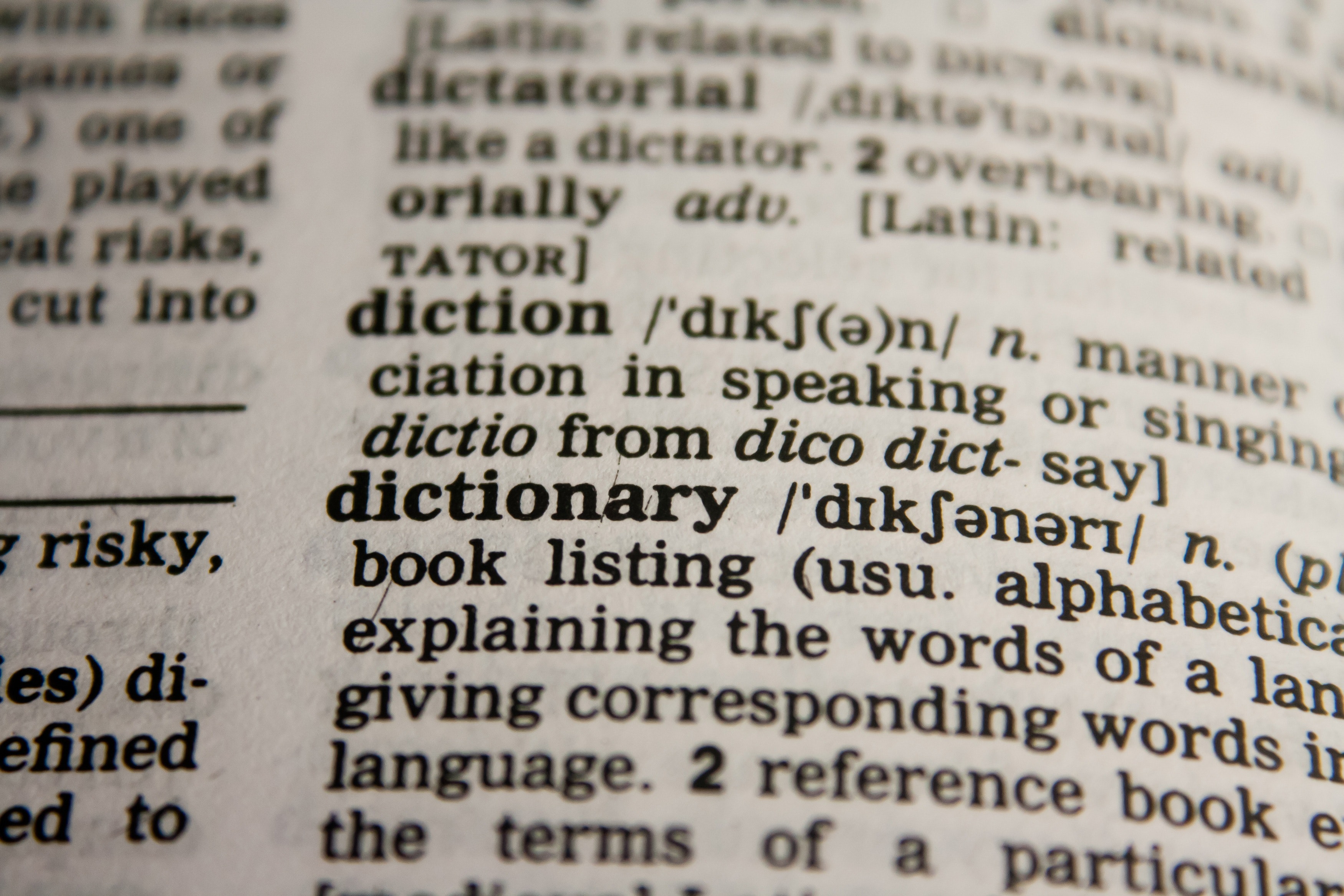 The world of the internet gives birth to many new and bizarre terms. The Oxford English Dictionary adds new tech terminology words to its roster every year, thanks to pop culture and the internet!

Some of these are obvious in their origins. Some make you scratch your head. So, we’ve picked 10 of the most popular for you!

This is an older one in the Tech Terminology dictionary. The popular Blogging world, as we know it, began with a writer by the name of Jorn Barger in 1997. Jorn created a site where he shared links with his readers. He called it “Robot Wisdom WebLog” (The word WebLog was a shortened reference of logging the web.

2 years later, programmer Peter Merholz shortened “Weblog” again to “blog”, which was picked up by users on platforms like WordPress… and the rest is history! 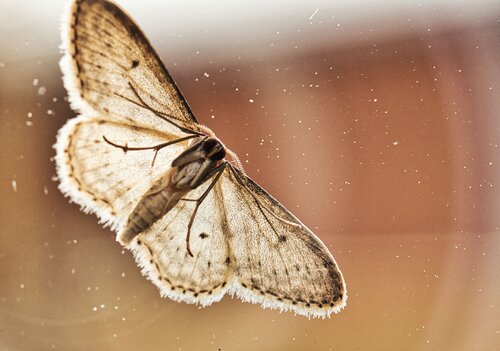 This is one of those terms that has multiple claims for its origin. In the 1870’s Thomas Edison talked about “bugs” in the electrical circuits in his notebooks.

However, we believe it was first used in the computer world in 1947. Computer pioneer, U.S. Navy Rear Admiral Grace Hopper, was working on the Harvard Mark II computer. However, she had to suspend the work because of a moth stuck in a relay. Someone caught the moth and taped into the logbook, along with the comment “first actual case of bug being found”. The moth, still in his sticky-taped incarceration, is on display in the Smithsonian Museum.

Once again, the origin of this one is up for some debate. According to one theory, it is a reference to the fortune cookie – the remembered information is hidden inside some code, like the little piece of paper being hidden inside the sweet treat.

However, the inventor of the web cookie, Lou Montulli, explained in his blog,

“I had heard the term ‘magic cookie’ from an operating systems course from college … I liked the term ‘cookies’ for aesthetic reasons. Cookies was the first thing I came up with and the name stuck.”

We don’t know for certain where “magic cookies” came from, but another theory out there was that it is a reference to old video games, where players had to gain “magic cookies” to advance. 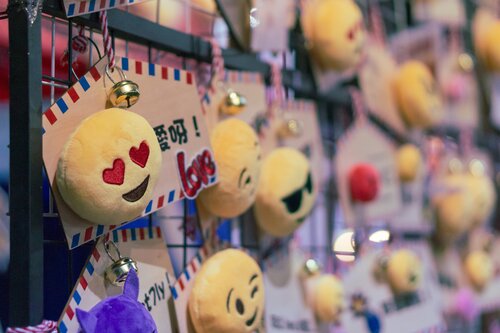 The word emoji comes from the Japanese 絵 (e = picture) 文 (mo = writing) 字 (ji = character). Shigetaka Kurita invented the concept in 1999 and it began with simple, rudimentary symbols like the smiley face and the first 250 emoji as we now know them today.

Unfortunately, his former company, Docomo, wasn’t able to obtain a copyright for his invention, and Apple soon added them to their devices with glee, making them the global phenomenon that they are today, and regressing us to a form of communication that we thought had died with the ancient Egyptians! Now, the pictures themselves have their own Tech Terminology language – we could have full conversations using only Emojis!

This term has been around for hundreds of years and is a literal description of what it was. It is a wall which protects buildings from a spreading fire! In the computer world, the threat is viruses rather than fire, but the function of stopping them spread to important contents is the same.

Once upon a time, the “#” symbol was called the pound sign. But that only really worked in the U.S.! If you talk about a pound sign in the UK, they would assume you were talking about money… and this uses a completely different character, £.  To the Brits (and many other cultures), the “#” is called a hash sign.

This may have been fine for a while, but then the internet was born. The world shrank exponentially and the pound sign’s non-US name (hash) took over.  When the symbol was adopted for online searches, “tag” was added to describe the word following the hash. Voila,”hashtag”! 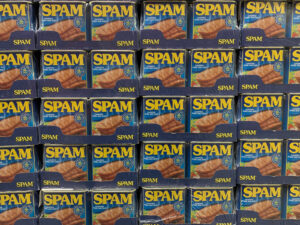 Fans of Monty Python should be able to work out where this term comes from! If you are not a fan, the comedy team wrote a sketch about these cans of “lunch meat” (is it meat??!). In the sketch, characters repeat the word spam over and over.

Early chatroom fans started using the word “spam” to refer to people who clogged up chatrooms with macros that said the same things over and over again. So, when piles of unwanted email began similarly clogging up the internet in the early 90s, these people began to call it spam too. A less than glamorous addition to the Tech Terminology dictionary.

Remember when a stream was just a nice flowing little river? Now, it (more often) refers to the continuous flow of data and content fed to us on hour-devouring platforms like YouTube and Netflix.

However, streaming data isn’t that new. It actually dates back to the 1920s! The first use of the term streaming was for the system that sent signals over electrical lines. It later evolved into elevator music.

It is understandable if you think this one started with the annoying creatures that hide under bridges in Scandinavian folklore. In fact, they do now bear a strong resemblance. However, it originally came from the verb “trolling,” – a fishing technique where you slowly drag a baited hook from the boat while still moving.

We believe that the term was first used online in the AFU newsgroup, which discussed urban legends and was famous (or should that be infamous) for being a minefield for newbies to the group. In this group, seasoned members would haze the newbies by baiting them with topics that had already been previously discussed to death. In the late 90s, the site became a lot busier. So, this trolling annoyed many, giving it a negative feel. Now, we use it to describe an annoying person looking to pick a fight.

I wish there was a fun story for this one – a story of how 404 monkeys in a tale of pirates and adventurers stole something. Unfortunately, I don’t! This one is a bit more boring. “404 Not Found/Error” is just a coding reference. Breaking it down, the first 4 is to indicate a client error (e.g. a mistyped URL). The 04 indicates the specific error encountered. That’s it really!

Check out our blog for other fun articles!